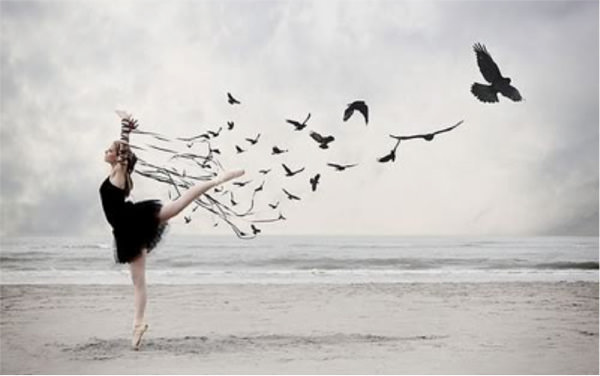 Uncoupling from the primary partner paradigm in the midst of many poly couples has its challenges. About 8 months ago, I declared that I didn’t want a primary partner. What that meant for me is that, much like the default desire to have a child that I shed a few years back, I realized that this idea of a poly primary partner wasn’t really meeting my needs, and therefore shouldn’t be something that I held as a goal or a standard for what a complete life looked like. A life where I was mostly accountable to and for myself, while still having deep satisfying relationships was more appealing.

First, the interesting thing about this decision (or not, if you are of the spiritual persuasion) is that the second I made this liberating declaration, I had more lovers than I knew what to do with. I was really living my dream of abundance meets sovereignty. But an interesting thing happens when you start making love and life with people… relationships deepen. Your once sex-focused, steamy get-togethers now involve things like helping one another move or processing the loss of a job.

I had one long distance lover visit me recently, and I couldn’t help but obsessively witness myself as I was both comforted by his presence during a tough time and grappling with thoughts like, “Oh, is this what it is like to have someone up in your face when you are in a bad mood and just want to be alone? Not sure I like this.” And it’s not like I’ve never been in a primary relationship before or experienced the transition of new relationship energy into long-term love. But seeing it through my newly liberated lens was a little confronting. Am I avoiding something? Am I afraid of commitment? Am I one of those poly people who wants to enjoy all the fruits of relationship without any of the responsibilities?

But a bit of disclaimer here… this is neither the story where I tell you I had it all wrong, nor that I have it all right. Like anything else, being a solo poly practitioner is a dance where one figures out what works best for them by honing their desire over time as more experience presents more options and information. My intent here is to explore some of the shadowy aspects of my chosen path, not to claim that one is better than the other.

That being said, however, confession numero uno is that I definitely feel like I am in the minority. Polyamory in general can throw monogamous people into a tizzy, where polite dinner conversation suddenly feels like the battle at Fort Knox for the foundation of traditional cultural identity. That somehow the suggestion of anything other than monogamy is a threat to all humankind… well just as fascinating is that I find I get a somewhat similar response about my choice from both single and coupled people within the polyamorous community. Granted the flavor isn’t so much of righteous indignation, it tastes more like lightly veiled condescension (from the couples) or hostile uncertainty (from the singles) who wonder if I’ve somehow messed up the rules of the dating game for the rest of them.

I’ll admit, these conversations take their toll. I sometimes start to doubt myself, and the biggest shadow that presents itself (one that I believe is key to understanding if you are built for solo poly or not) is the thought,  “They are thinking I just can’t land a primary, aren’t they!!??” Followed closely by, “Damn, are they right?”

Where your mind takes you at this point is of crucial importance. You can go the route of “well, my primary relationships haven’t worked out, I’m a little overweight, I’m too this or I’m too that, so that MUST mean that I am not GOOD enough for a primary relationship, so I’m giving up on the idea.” Or it can look something like this: “Sure I have insecurities just like anyone else, and there have been times in my life where I’ve yearned for a primary partner and haven’t successfully landed one. There have also been times when I did have one and wished l didn’t. But what matters most is that this is my choice and it is working for me now, and I choose to own it rather than support the default story that every single person is looking for a primary. I’d rather not waste my energy on vague intentions or societal norms and beyond that, people can believe whatever the hell they want.”

So, owning the choice and knowing what it means and what it DOESN’T is half the battle, but what else does the lone poly lover long for?

Well as you can imagine, on occasion it would be nice to have some consistency. If I want to crawl into bed with someone, I generally have to plan it ahead of time. If I am sick, there are lovers that will come take care of me… that is, if they aren’t booked up with other lovers or live far away (or they and their primaries aren’t terrified of germs). But that’s not the same as having a partner whose live-in fate is bound to yours and thus intimately tied to getting you well again.

And then there are those dreaded holidays. You know, the ones that you think you don’t care about until you realize that you didn’t make plans and all your lovers are celebrating with their primaries and/or secondaries, and you start to wonder “holy shit, am I tertiary? I don’t even believe in hierarchies, how’d that happen?” Yeah, that can definitely be an eye opener to the shadows of sovereignty.

Actually the hierarchy thing can rear its head in a number of ways. When you aren’t in long-term primary partnerships, you can find yourself trying to define things that might not need defining, or hesitating on when or how to go deeper with a partner. For example, even when I know that I am in love with someone, and I want to express that, I may hold off because I am not sure if my officially “loving” them is going to change their behavior or expectations. Are they going to want more from me? Are they going to want agreements? Or maybe they are going to want less because they thought I was just in it for the casual sex and fun conversation. Even in Polylandia, the words “I love you” can hold many hidden meanings that don’t reveal themselves until they are uttered.

Then there is the slippery slope shadow of capacity issues. Otherwise known as: problems of abundance, or the kind of complaints that lead your roommate to say, “Uh, yeah I wish I had that problem! Too many lovers… poooor you!” When you are on your own, your discernment on when to close the door to new loves is based only on your own heart and calendar, not upon agreements or democracy or how well they fit in with the rest, that in many ways is a plus. But sometimes the committee of one can be delusional, if not downright greedy. When you are forced to talk with multiple people about the idea of taking on a new lover, it may actually help you make better choices. Then again, it might make you resentful of having to prioritize anyone’s concerns over the will of your enormous heart, so the silver lining of this dark cloud is actually pretty sweet.

There are some other things you should be aware of as well. Free dancers have to be VERY skilled communicators. You can expect to become an expert on making your metamours, especially ones that identify as primaries, feel comfortable and safe with your presence because the mere fact that you aren’t coupled can make you extra threatening. And since you are the one that holds your freedom so freakishly near and dear, you better be ready to uphold your boundaries even when things get gooey.

While there is much more of the story to tell, how about I go live a little more and get back to you with some juicy details soon. In the mean time, I’ll be working on my relationship agreements with myself. Aggie at SoloPoly.net, whom I recently met at the Loving More conference, has done an excellent job of this already in her post titled, Rules for Myself: What makes solo polyamory work for me.

Yearning to achieve the time-bending sensual bliss you’ve dreamed of? Get Ava Ananda’s latest insights to create a sensual life you love.

I Want a Sensual Life
Curious about me? Let's connect on the phone or chat right now.  Don't keep your Priestess waiting... 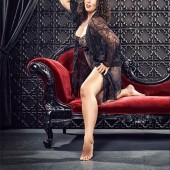 All stories by: Ava Ananda

Get updates on Ava's travels & specials offers!
Enter your email below
You'll receive an email with your $25 off discount code shortly

Powered by Convert Plus
Curious about me? Let's connect on the phone or chat right now.  Don't keep your Priestess waiting...